Milk powder package is further standardized, and there are clearer choices for consumers

In the infants&toddlers milk powder market, labels carrying such contents often appear at an eye-catching position on the milk powder packaging can, and this is often an important standard for parents when buying milk powder. However, there is no evidence for its specific efficacy.

As the Methods for Formula Registration Administration of Modified Milk Powder for Infants and Toddlers was formally enforced in 2018, marking a new milestone of the dairy industry. Both the formula registration and adjustment of the product label will make the milk powder industry more standardized.

In fact, China Food and Drug Administration released in May 2017 the Technical Specification Guidelines for Labels in Formula Registration of Modified Milk Powder for Infants and Toddlers (Trial) where it was mentioned that the product name of modified milk powder for infants and toddlers shall conform to provisions of relevant laws, administrative regulations as well as national standards, shall not contain exaggerated wordings or wordings that violate the principles of science like “gold”, “upgrade”, etc., wordings involving prevention, therapy and health care functions like "strengthening body", or “probiotics” and other functional description where it is indicated explicitly or implicitly that the product can improve the ability of resisting diseases, improve the immunity or protect intestinal tracts, etc.

The new document stipulates that the outer package of milk powder for infants and toddlers produced as of January 1, 2018 shall be concise, and such descriptions suspected of exaggerated publicity will be forbidden. So, how does milk powder carrying a new package without such functional descriptions perform in the market?

In the China Resources Vanguard Supermarket on Xinhua Street, Wyeth SMA Phase II milk powder was just put on the milk powder shelf. The journalist noticed that “Wyeth SMA Gold” was renamed “Wyeth SMA”, the eye-catching wordings on the previous packaging can were not seen, such as “DHA helps normal development of eyesight of babies, and the product contains choline and lutein”.

According to the salesman of Wyeth, this type of milk powder arrived at the supermarket several days ago, “gold” on the milk powder package was forbidden by the current national standards, all Wyeth products carrying such descriptions were exiting from the market, and new packaging products will flow into shopping malls and supermarkets gradually.

Will the milk powder carrying a new package without any wording about milk powder publicity change the consumers' selection? The journalist had an interview with several consumers in supermarkets and maternal and infant stores. They seldom select milk powder according to the ingredients, but mainly according to the efficacy. However, there are so many efficacies that they are confused when selecting milk powder. Some parents believe that this is just a paronomasia played by the seller, and the claimed efficacies may not true.

In front of the new package milk powder without any “slogan”, parents may spend more time on choosing the milk powder at the beginning, but it makes consumers better choose the milk powder suitable for their children, but not be misled by various "explicit" publicity wordings on the outer package of milk powder. After removing the marketing concept, the competition between milk powder enterprises will depend on their real strength, such as quality, consumer experience, taste, etc., which will make selection of consumers clearer.

You must not know these secrets about the milk powder package.

You must not know these secrets about the milk powder package.

Can the milk powder lid be left uncovered overnight?

Shanghai CBME  July 14-16, 2021 Shunli'an, Novel Concept Value Package for a Better Future! We are looking forward to exchange with you!

2020HNC / Healthplex Expo 2020 -- Shunli'an novel intelligent food package, we are waiting for you!

2020HNC / Healthplex Expo 2020 -- Shunli'an novel intelligent food package, we are waiting for you! 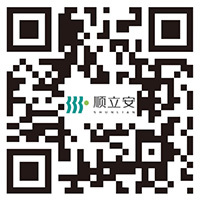